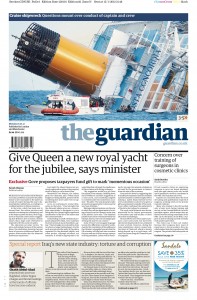 In the early 20th century, news reports were grouped into articles. These articles often shared a theme – for example, being about the same or related events. What I find interesting is when these news reports aren’t all explicitly about the same thing, but the grouping primes the reader to expect a link or common factor shared between them. For example, one of the articles I’m looking at places a report about the funeral of Emily Wilding Davison (the suffragette knocked down and killed when she crossed the Derby racetrack), a report about two suffragettes suspected of setting fire to a racecourse as part of the WSPU arson campaign, a report about a woman injured at a WSPU meeting in Hyde park, a report about a bomb found in a ladies waiting room at a train station, and a report about the “vivisection question”.

Some of these links are obvious, but some are less so. I think the report about vivisection is there because prominent anti-vivisectionists were also members of the suffrage campaign – notably Frances Power Cobbe, who founded the British Union for Abolition of Vivisection and was involved with the London National Society for Women’s Suffrage. There’s also a link in that there was staunch opposition to the anti-vivisection campaign.

However, the report on the bomb found in the station waiting room doesn’t explicitly mention suffrage campaigners. Instead it relies on the audience’s familiarity with the arson campaign and the report’s proximity to other reports about suffrage disorder to guide the reader into an interpretation they might not otherwise have made. Placing that particular report alongside those other reports is suggestive – it doesn’t say that suffrage campaigners were responsible for the bomb, but that’s the conclusion a reader will probably reach.

Suggestive placement can also be used to form resistant readings, to provide commentary or to encourage a critique. It doesn’t actually put anything into something so explicit as words, but an editorial stance can be made clear through placement and juxtaposition.

I suspect it’s used less often now because of the different way newspapers are organised (and reading the news through online news articles again changes things) but I am utterly delighted by the Guardian‘s sublime front page today. Nothing as crass or explicit or likely to obtain furious reactions as actual words, but there’s a news editor out there who put this together with a wink and a gleeful grin.

Suggestive placement: the art of saying something without saying anything at all.